Portugal is a southern European country on the Iberian Peninsula, bordering Spain. Its location on the Atlantic Ocean has influenced many aspects of its culture

Located on the western coast of the Iberian Peninsula, Portugal is one of 28 member countries of the European Union and the Eurozone. Portugal’s capital city, Lisbon, is the second oldest city in Europe (Athens is the oldest). 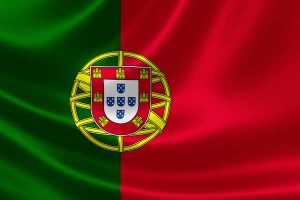 Its rich and diverse history has made Portugal a spectacular tourist destination. On average, 9-10 million tourists visit annually.

Though tourism accounts for about 10% of the country’s GDP, manufacturing, agriculture, renewable energy, and trade sustain the Portuguese economy. This robust economy is fitting for such a robust country.

Despite its current economic state, Portugal was hit hard by the 2008 global financial crisis. The crisis led to high unemployment rates and significant financial losses across all economic sectors. Since then, Portugal has taken significant measures to kick-start its economic growth. Such measures include the introduction of the most renowned Residency-by-Investment program in Europe, commonly known as the “Golden Visa.”

LOOKING FOR A SECOND PASSPORT?

Citizenship Dream is a leading citizenship consultancy firm specializing in investment-based citizenship and residency for clients all over the world.